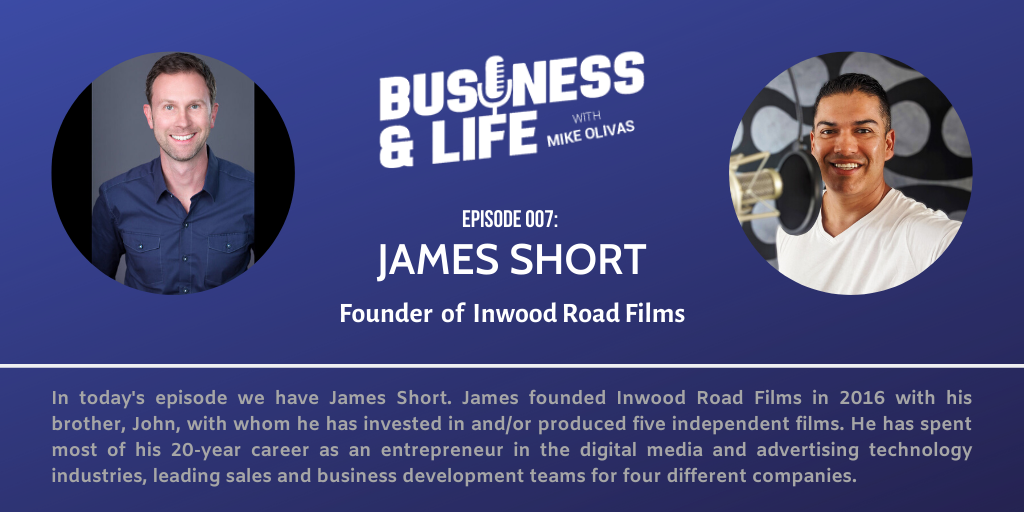 In this podcast, listen to James Short as he tells us how he chose telling stories, which he loves, over the usual corporate track. James founded Inwood Road Films in 2016 with his brother, John, with whom he has invested in and/or produced five independent films. He has spent most of his 20-year career as an entrepreneur in the digital media and advertising technology industries, leading sales and business development teams for four different companies.

Subscribe to the Business and Life podcast, one of the best business podcasts for budding or seasoned entrepreneurs, female business owners, and everyone who needs just a little bit of entrepreneurial guide and inspiration.

(1:09) – James tells us something interesting about himself

(14:10) Don’t wait anymore to take the leap yourself! Visit: mikeolivas.com

(28:50) Discuss your goals at mikeolivas.com and take that leap of faith now!

(30:35) What James is looking forward to in his business